In talk with Prof Warreir 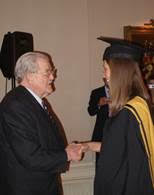 Rivers are dying, they are becoming dumping ground of industrial waste,Yamuna river is called "Ganda Nala". Government is doing much, to save the endangered rivers but an awareness needs to be created at the ground level. Prof. Shrikala Warrier is an anthropologist, with a Ph.D from the University of London,in her new book  "Kamandalu" speak about the cultural and spiritual significance of these rivers. Excerpts of the interview taken by Ramya Mishra.


RM: When rivers are fast turning into sewage ground, what kind of message you want to give through your book Kamandalu?
Prof:Hindus regard rivers as the physical manifestations of goddesses who confer blessings and spiritual purification. This is why Gangajal for pious people symbolizes the subtle essence of the Goddess Ganga that is impervious to dirt and pollution. Sacred texts like the Dharmasastras had strict injunctions about keeping rivers clean and undefiled in the same way that deities in temples are honoured. Mythology and tradition not only endorse these beliefs but can also inspire us to address contemporary ecological issues.
RM: Kamandalu is an interesting book title, please throw light on its meaning and what prompted you to take this title?

Prof: Kamandalu seemed an appropriate title for the book since Ganga and Sarasvati are believed to have originated form the kamandalu of Lord Brahma and Kaveri from the kamandalu of Rishi Agastya. Even today sadhus believe that the water in their kamandalus is infused with a divine presence and represents all the sacred rivers.
RM: Recently Modi government, has declared a huge budget on clearing Ganga. Do you think it will create the needed impact? And according to you, at ground level what are the steps, needed to clear the rivers?

Prof:The Government's initiative to clean up the Ganges is very good news. However as I not an ecologist or environmental engineer I am unable to say what should be done- my interest in the rivers is purely cultural and spiritual.
RM: Please tell us something about your book and also, what motivated you to write this book?

Prof: I have always had an interest in Hindu culture and from what I have read on the subject rivers appear to run like a thread through so much of the mythology and history of India. I have tried to collate all the stories about the seven rivers and the gods, sages, epic heroes as well as the places connected with them to the best of my ability.
RM: All the major civilizations flourished near river, be it Indus Valley, Egypt or any other civilization. Unfortunately the rivers are drying up fast , what is your philosophical take on this?

Prof:Yes, you rightly point out that river valleys were the cradle of civilisations- Indus Valley, Mesopotamian, Chinese,etc. There is world-wide concern about the impact of global warming on rivers and oceans. Green movements are beginning to appeal to a wider constituency and this could have a significant influence in the future.