Rare Gandhi book with a handwritten note by J B Kriplani 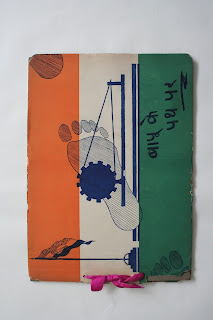 Bidsvilla.com and London based auction house, Conferro Heritae, will together for the first time auction a unique and original book on Gandhian philosophy, authored by Mr. Bharat Sahai this October 2015. Titled 'Gandhi ke paath par’, this book will be available for online auction on www.bidsvilla.com on 13th-14th October 2015 under first ever  such Vintage Publication auction.
Published in December 1948 by Dhoomimal Dharam Das; Stationers and Printers. Connaught Place, New Delhi, this picture book, highlights the various ideals Mahatma Gandhi put forward for a better India. With an estimated price of Rs. 5-7 lakhs, the book is expected to auction at at least Rs. 10 lakhs. Apart from the fact that it is one of the physical embodiment's of Gandhian principles for the nation and the self, this book has a hand written note by J.B Kripalani at the start, elucidating in a long note bearing as a testimonial for Gandhian Principles. 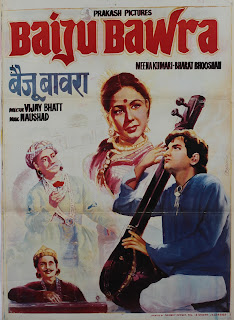 The auctioning will include three categories. The first one is a 1st ever dedicated auction of vintage Indian and international news publications, magazines, cartoons, advertisements etc. like The New York Times, The Hindu, The Times of Vietnam, Japan Times, The Egyptian Gazette from 1900s published during important historic events. This will be followed by online auctioning of Movie Memorabilia from 1900 including old posters, synopsis, lobby cards, LPs etc. of movies from 1900s like Mughal-e-Azam, Guide, Mother India among others. It also include a special “Hollywood section” where posters from classical by Alfred Hitchcock and Charlie Chaplin will be up for sale. The last auction will include Fine Arts by artists like F.N. Souza, V.S.Gaitonde, S.H. Raza and M.F. Hussain. 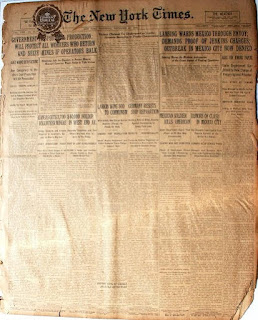