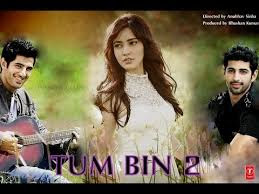 Tum Bin II is romantic drama film, starring Neha Sharma, Aashim Gulati and Aditya Sealin the lead roles. It's written and directed by Anubhav Sinha. It is produced by Sinha and Bhushan Kumar, under the T-Series banner. It is a sequel to the 2001 film, Tum Bin.


But here the similarity ends; the sequel is a poor cousin to the original film. Original movie was far ahead then this one. This movie has outstanding flaws, while watching the movie; I started doubting Anubhav Sinha directorial sense. 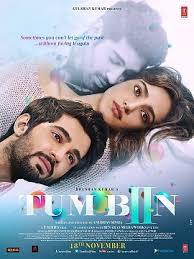 The story has many loopholes, and trust me no one likes forever crying ladies. Anubhav Sinha is champion in this, in his previous movie Sandali Sinha cried in the whole movie, this time the honor was done by Neha Sharma. It is 21st century and girls are not supposed only to cry. Now let’s discuss the loopholes, the story is weak, a girl is madly in love with a guy, she dreams her whole life with him. The guy meets an accident and vanishes in thin air. The girl is left heartbroken along with the guy’s father. Up till now everything was fine, now the stupidity starts flying. The father introduces another guy to this girl, who not only helps her in addressing her grief but also helps her in setting a bakery shop. The girl falls for the guy. Now the first guy returns back, and everyone is happy, apart from her girlfriend.  The girl decides to tell the first guy, that while he vanished, she met this fabulous guy and is in love with him.  The first guy let her go, with the second hunk. But wait, things get messier, when the second guy realizes, he cannot take the girl back, so decides to leave the country. In the process of leaving the country, he meets a terrible accident, but see the will power, he recovers in few minutes and move towards his private jet. The girl follows him, he explains, he is not her love, her real love is first guy and he flies off. 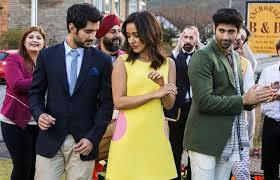 a)A girl who was craving so much for his first love, easily moved towards the second guy.

b)The girl seemed like a ping pong ball, whom both the guys kept on passing. In present century especially in western countries also, the girl doesn’t seem to have a voice of her own.

c)Anyone who meet such a massive accident, cannot rush back to the jet within minutes. 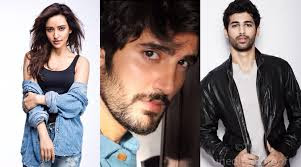