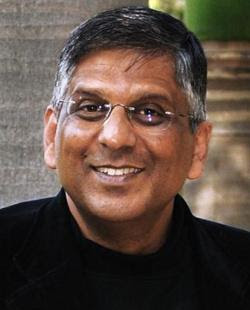 RIP is written by Mukul Deva and published by Westland Ltd.

RIP focus on the crumbling social system, widely spread corruption and suffering public. The story is good, but nothing to die for. If you are political thriller fan, then this one is for you. Past few months, have seen a sudden increase in the influx of novels, weaved around army, politics, corruption and common man plight. Same, Mukul has highlighted through his writings. The story will not bore you, it will provide you with enough masala to keep you hooked up. I would mark this book as slightly above average. The story is very closely related to real scams and scandals,  that rocked the nation. Infact the name used of the characters are so real, that one can make an easy guess, with whom they relate to. This makes the issue more real, at the end reader is left guessing, whether what all is written about characters is real or fake. 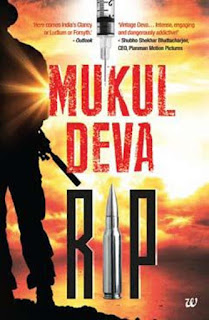 Ex-Army men decides to protect their country, not form outside enemies but from inside enemies. Colonel Krishna Athawale and his team of Special Forces officers, rally to protect the country from the enemy within. They call themselves the K-team. And none is safe from their deadly intent. They want to put an end to corruption, even if it means killing the politicians and the civil servants. They set the target and go on the mission. The killings hit panic button in the government. In order, to stop them Raghav Bhagat an ex-army person is hired, the only difference between the two of them is that the later is without ethics and morals. Caught in the crossfire is Vinod Bedi, Special Director CBI. Everything goes as per plan, till K-company decides to kill the heir of the biggest political party of India. Would suggest you to read, to know what happens next? 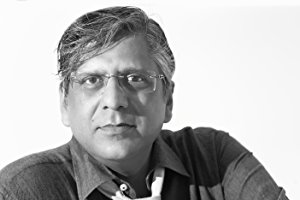