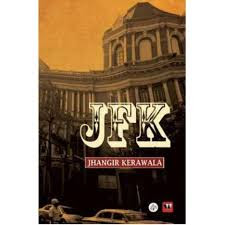 JFK  is written by Jhangir Kerawala and published by Westland. Now before you guess anything, this book is not on Kennedy.

This is a thriller, though was not at all thrilled after reading this book. The beginning was average, midway it started looking promising. But till the time I reached last page, it was all messed up and hopeless.

JFK…were the last words of Manish, to his friend Jatin. Was it a plea, an accusation or a clue, everyone was trying to make sense of it. But before police can break through the clue, series of murders start happening in the city. Jatin is a fifty year old unemployed guy, who desperately needs a job, to save his sinking marriage. But he gets involved in the mess, and not long , his only hope for a life of dignity, lies in finding the real killer. In the process of finding killer, many skeletons tumble out of the cupboard.  In order to make the plot interesting the author has included the pedophile twist. The story also highlights the obsession of a father, who wastes his entire life in hunting down the killer. The intent of an evil brother, who can manipulate his real sibling, in order to hide the real intentions. 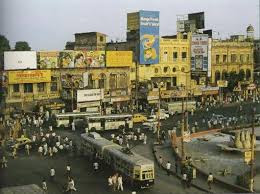 But the story starts going down, by the time it touch the climax, it seems the author was in too much hurry to wrap up the book. The events are shabbily written in the end, not much thought is given.

I wish that the ending was better, it would have given the novel, a fresh lease of life.